The Sam Nunn School would like to congratulate two of our alumni, Sterling Gerdes (BSIAML, 2008) and Nicole B. Krause (MSIA, 2000) for receiving the Distinguished Alumni Award from the Ivan Allen College.

The Distinguished Alumni Awards celebrate graduates from each of the six academic schools in the Ivan Allen College of Liberal Arts. Selected by the school from which they earned their degree, these individuals have achieved notable success in their profession, and many have contributed significantly to the College, the Institute, or the public welfare. 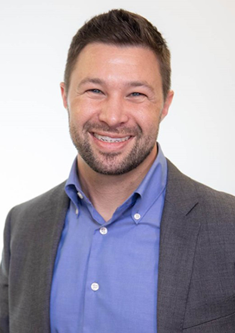 Sterling Gerdes is an innovation strategy leader in Delta Air Lines’ Global Innovation Center, The Hangar. He has spent most of his career in innovation and data science and helped build The Hangar’s AI team. Understanding language and culture is central to his leadership style enabling him to foster a culture of empathy and inclusion. His team has led various work across Delta from natural language processing and robotics, to rethinking the travel experience. With Delta’s focus on international JV partnerships, his team saw a need to empathize with customers who don’t speak the languages where they are traveling. By understanding the linguistic and cultural needs, the team created a new experience for Asian travelers enabling them to more effectively navigate their travel journey. Prior to Delta, Gerdes was an analytics manager at The Home Depot and held various roles in strategy, logistics, and finance supporting the C-suite. Gerdes is a board member of Atlanta Global Studies Center. He holds B.S. degrees in IAML (French) and Business, and an MBA, all from Georgia Tech. 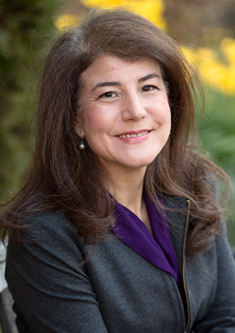 As chief development officer for Health and Peace Programs at The Carter Center, Nicole Kruse directs the development activities for the Center’s programs, which include international efforts to eradicate disease and promote peace, democracy, and human rights. Before joining The Carter Center, Kruse directed the corporate and foundation relations program at the CDC Foundation associated with the United States Centers for Disease Control and Prevention (CDC). She also has prior professional experience in higher education and international trade. Kruse received an M.S. in International Affairs from the Sam Nunn School of International Affairs, a graduate certificate international management from the School of Management (now the Scheller College of Business), and a B.A. in Economics and French from Hollins College. In 2012, Kruse was named Chevalier (Knight) in the National Order of Merit by decree of the president of the French Republic. That same year she received the Emory University Award of Distinction. Kruse is presently a member of the Sam Nunn School Advisory Board.

Congratulations to Sterling and Nicole! Thank you for serving as such exemplary alumni for the Nunn School, Ivan Allen College, and all Yellow Jackets across campus.