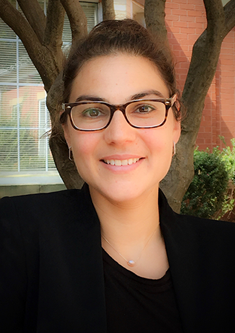 Rana Shabb is a Ph.D. candidate in the Sam Nunn School of International Affairs. She earned a B.A. in Quantitative Economics and International Relations from Tufts University and a Master of Science in Foreign Service from Georgetown University. Prior to Georgia Tech, Rana worked as a researcher in Washington D.C. at the Washington Institute for Near East Policy, focusing on Arab politics. She also worked with The Carter Center in Atlanta on conflict resolution and democracy promotion in the Middle East (including Syria, the occupied Palestinian territory, Sudan, and Libya). Her research interests focus on international development and the connection between the private sector and business on one side and sustaining peace in fragile and conflict-affected states on the other. The main driver for her research is to translate academic findings into actionable policy-relevant recommendations to help strengthen peacebuilding interventions. 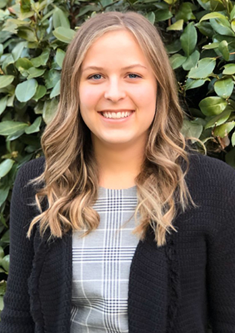 Abby Burke is a junior from Peachtree City, Georgia, majoring in Economics and International Affairs with a minor in Public Policy. She has studied abroad at the University of Oxford and will be spending her final academic semester in the fall on an exchange program in Seoul, South Korea. During her time at Georgia Tech Ivan Allen College of Liberal Arts, she has been involved with numerous campus organizations, most notably as a house representative and an associate justice within the Student Government Association. Abby worked for The Carter Center’s Democracy Program from January to August of 2019. Her research with the program’s Digital Threats project sparked her interest in the intersection of democracy, civil liberties, and the Internet. Currently, Abby works as an undergraduate research assistant for the Center for European and Transatlantic Studies (CETS) in the Sam Nunn School of International Affairs assisting with research on human rights abuses and reparations. Abby has been awarded the Federal Jackets Fellowship for summer 2020, and she hopes to intern at the U.S. Department of State in Washington, D.C.

Congratulations Rana and Abby! Thank you for your commitment to leadership and scholarship in the Sam Nunn School!